She is an Artist, curator and art researcher.

Having experience in teaching and participated in several exhibitions.

She has joined in 8th national sculpture biennial of Tehran as an art researcher recently.

She does not limit herself to any medium and forms and likes to gain different experiences.

Believes that the soul of an artwork is always alive and continues living.

Her daily life and personal concerns lead to create art.

Pen on A4 Paper 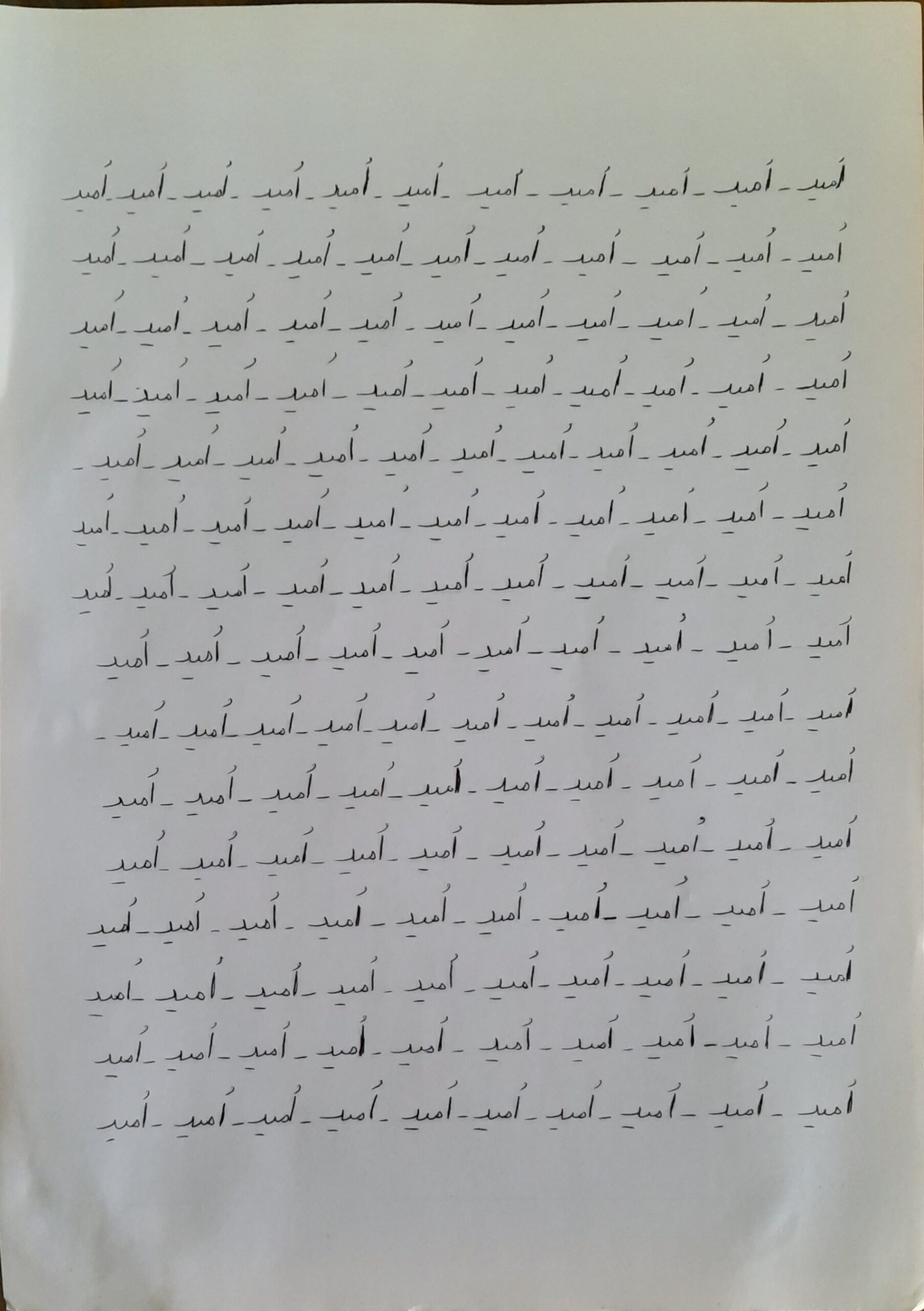 “Look into my eyes”

Everyone’s condition can be understood through their eyes. Eyes are the window of the soul. They never lie. Smiling lips are smiling eyes because in fact it is as if the heart is smiling. You speak with the spirit of the other side. Happiness and sorrow can be seen from the eyes. The eyes say who I really am. Perhaps the only positive thing about the corona virus and the mask is that it forces people to look at each other directly. The eyes talk a lot more.

Parsa Kamehkhosh is a Helsinki based designer, visual and performance artist, born in Tehran in 1985. His interest in objects and everyday aesthetics led him to study industrial design at Tehran University of Fine Arts, from there to Stockholm to pursue Aesthetics and Meaning making at Konstfack College of Arts, Crafts and Design and then to explore Visual Culture, Curating, and Contemporary Arts at Aalto University. Through his practice he explores the notion of aesthetic aura that appears from the proximity, juxtaposition and joints of materials and shapes. After he moved to Finland in 2015, he got more engaged in the interactive aspects of objects and materials in the context of performance art and, since then Performance art has turned to the most prominent means of self-expression, and self- study in his practice. His performances maneuver on the borders of three disciplines of Contemporary Art, Crafts, and Design. His works have been mostly exhibited in Europe, the Middle East and SouthEast Asia.

Thing (-ing) is a state of interaction with objects in which the
interpretive mind is set aside and things are considered solely by
their objectness, materiality, and functional potentials. What is most
intended by in the process of thing (-ing) is not necessarily to achieve
a definite and predetermined result, but is the real and conscious
experience of the interaction between mind /body and object/
matter. It is a phenomenological and creative encounter that
somehow enables me to be in the moment through physical
engagement with objects.